Travel Healthcare in partnership with GoodCare

Travelers are faced with many health problems while traveling.

They not only have to cope with new culture and practices but also with different food, water, climate, altitude and other environmental hazards. Quite often the traveler's immunity does not match the foreign environment and travelers face the risk of illnesses. With the right help from experts, travelers can be well prepared to prevent these health risks.

By providing travel health services, we’re helping travellers make the most of their journeys.

We understand and appreciate the value and necessity of business and leisure travel. Our goal is to ensure the wellbeing of all travellers  before they depart, and to keep them so, while they travel. 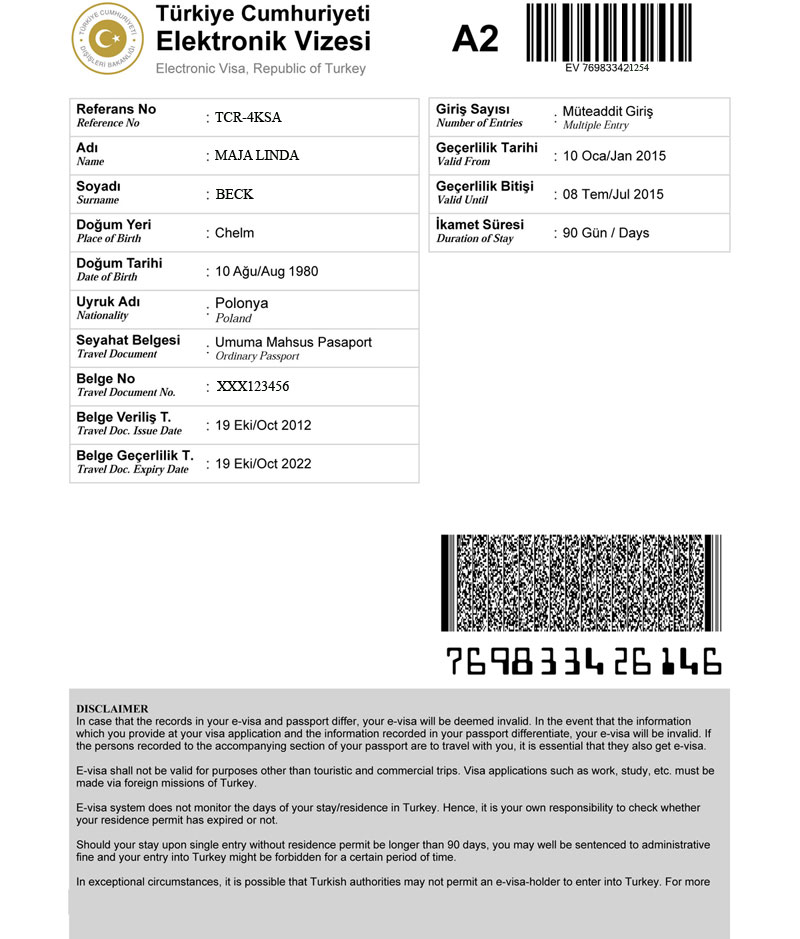 With our expertise in travel and visas, our healthcare professionals will administer all required travel vaccines and provide you with tailored advice specific to the destination you will be visiting.

Medicals are required for work permits & visas which can also be administered at our clinics.

We at Visa Logistics strive to provide the best and most efficient services to meet your needs and deadlines. We carry out all queries and processes immediately but we cannot be held liable if third parties or issuing authorities delay the process or if they do not issue your documents before the intended date. We cannot be held liable for any losses incurred with regards to flights and accommodation if visas or other documents are not processed in time.

Do I need any vaccinations before going to Turkey?

There are no mandatory vaccinations before traveling to Turkey.

Do I need to enter Turkey on the exact date specified in my application?

No. The validity period of your e-Visa begins from the date specified in your application. You can enter Turkey on any date within this period.

Are all visas Multiple-entry visas?

No. Depending on which passport you hold. Some passport holders get single entry visas and others get Multiple-entry visas.

What are the Entry and Exit Formalities for Turkey?

You need a passport and visa to travel to Turkey. Passports should be valid for at least 90 days from the date of entry into Turkey. If you are traveling as a tourist, you can purchase a tourist visa at a Turkish Embassy or Consulate in the United States, or you can purchase a sticker visa at the Turkish airport or other port of entry for $20 (U.S.) cash. There is one exception: foreigners who are traveling to Turkey by cruise ship are allowed to enter Turkey without a visa for a maximum period of 72 hours, with the permission given by the local security authorities at the port of entry.

Foreigners who have overstayed their visas, residence permits, or visa-exempt periods and are subject to a fine can also benefit from the residence permit procedure as long as they pay the related fines.

Is it safe to drink tap water in Turkey?

Turkey practices safe sanitation standards & tap water is suitable for bathing & regular tasks such as brushing teeth. However, as it is heavily chlorinated (especially in summer) it is advisable to drink bottled water. Locals also drink bottled water delivered in 20 - 25 litre containers to their homes -workplaces. We recommend that visitors follow local custom & drink bottled water.

How should visitors dress in Turkey?

Casual wear is appropriate for most tour excursions. Women wear pants or skirts, but when visiting mosques it is recommended that they cover their heads with a scarf & both sexes should not wear shorts out of respects for religious customs.

What is the best time to travel in Turkey?

The most favourable season for travel in Turkey generally runs between early April & late October. During the off-season, temperatures are much cooler & snow is possible in mountainous areas. Many visitors enjoy the spring & fall, with their mild weather & small crowds. Coastal regions are particularly popular during the summer. These include resort areas along the Aegean & Mediterranean coast with beaches & yachting facilities. The coastline, especially between Izmir & Antalya, features numerous coves & bays & many nearby ancient cities & is perfect for yachting.

Turkey also enjoys many spectacular rivers. They are ideal for canoeing, skiing & rafting. Mountaineering is also popular in mountain ranges throughout Turkey in spring & summer. The high plateaus of the Eastern Black Sea Region are covered by colourful flowers & green pasture during spring & summer. Naturists will enjoy the diversity of fauna & flora as well as the heart-stopping splendour of the surrounding landscape. Central & Eastern Turkey can receive large accumulations of snow & snow skiing is a favourite winter pastime. Turkey has several ski centers, which are generally open from December through April depending on snow conditions.